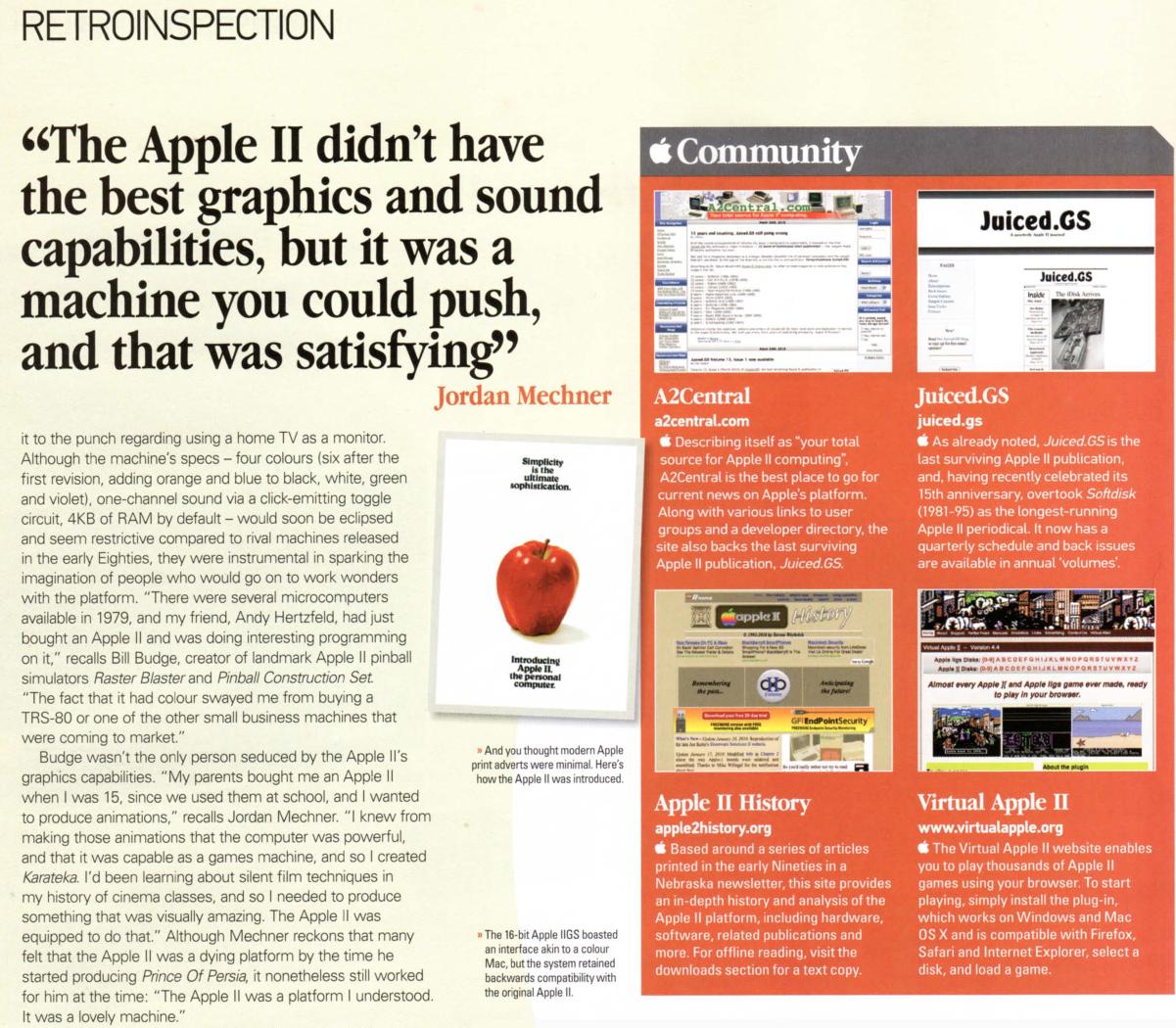 Although Juiced.GS is the longest-running Apple II publication, it is by no means the only retrocomputing magazine out there. 300 Baud recently joined the scene, but we are both dwarfed in number of issues by Retro Gamer, a monthly, full-color, 100-page magazine.

Games are the genre of software that has possibly driven the most advances in technology. They are also the most prolific software on our hard drives, and that which we often remember as introducing us to computers. Retro Gamer not only reviews this seminal art form but also unearths untold stories, going back to the games' roots by talking to the designers, developers, and publishers of said software. Their multi-page spreads are riveting and capture the magic of the era, somehow making it seem more new than nostalgic.

As a UK-based publication, Retro Gamer has a love affair with the Sinclar ZX Spectrum, BBC Micro, and other computers indigenous to the region. But a recent issue (#76) has an eight-page feature on the games of the Apple II, in which author Craig Grannell efficiently covers the origin, success, and abandonment of Apple Computer Inc.'s most successful game machine. The article includes a sidebar of four Web sites that comprise the modern Apple II community: A2Central.com, Apple2History.org, Virtualapple.org, and … Juiced.GS!

Despite the lead time on large-scale print publications, the article is surprisingly recent, as indicated by the brief writeup: "Juiced.GS is the last surviving Apple II publication, and, having recently celebrated its 15th anniversary, overtook Softdisk (1981–1995) as the longest-running Apple II periodical. It now has a quarterly schedule and back issues are available in annual 'volumes'." Juiced.GS celebrated its longest-running record less than two months ago, and the screen shot of our Web site that accompanies the writeup also reflects the site's current status (though I'm unsure why they didn't use blowup of the most recent issue's cover — seems like that would've been a more attractive and representative image than a picture of the Web site).

Although it's not unusual for the Apple II to be mentioned in the mainstream press, such usually occurs in a historical context and only in passing. Rarely does our favorite computer receive the attention it deserves, and rarer still does that publicity acknowledge that its community is alive and well. Our thanks and appreciation to Retro Gamer and Mr. Grannell for preserving our past and present, and for letting Juiced.GS be a part of it.

Like Juiced.GS, Retro Gamer is available in hardcopy only. Issue #76 can be bought at your local newsstand for $9.99 USD or online for £5.